Inspired produce Conferences, Summits & Events to bring together industry leaders and today’s business solution providers. Our attending business executives attend our conferences to learn, build relationships and solve the latest business challenges. For all enquiries, simply fill out your details below and a member of our team will be in contact with you.

How to Build Successful Design Teams 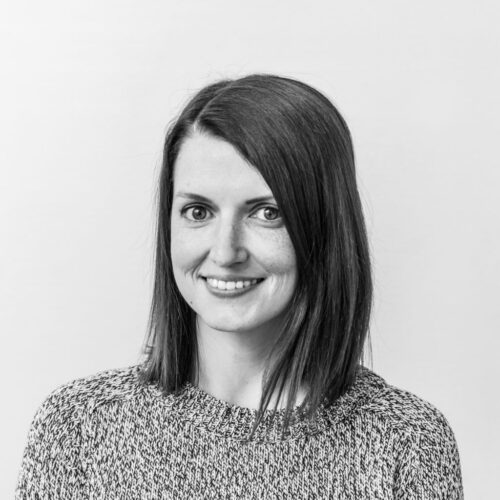 Julie Kennedy, User Experience Director at Saint-Gobain, hosted an informative masterclass at the CMO Inspired Conference to discuss how to build successful design teams. Julie shares insight into how an organisation can put together a team that’s balanced, powerful and able to work effectively.

Design is becoming an important part of businesses, with a number of large corporations buying smaller design agencies. Julie refers to Adaptive Path, a design consultancy that was bought by financial firm Capital One in 2014. “It had a huge impact on Capital One’s business,” Julie explains. “It brought the influence of design into product strategy and development. They saw the size of the design team grow from 40 designers to 400 designers, where they were really embedded in every part of the organisation.”

“A centralised model is an ideal model when you’re starting out with a design team,” Julie says. “It’s small, it’s growing, and it gives you the ability to centralise all designers. They’re all sat together, they’re able to share resources and research, and they’re able to deliver efficiently.”

However, as work increases and the size of the team grows, a centralised design team can become unsustainable. “They get disempowered,” Julie explains. “The requests are coming later, product decisions have already been made and they’re not included at the start of the conversation.”

A decentralised design model means the team is bigger, the work is increased, and the designers are working alongside other teams.

“This is taking designers out of a centralised team and putting them into a product team, along with engineers, marketing, branding and analytics – they’re all working together under one leader,” Julie explains. “It means they’re not connected to that design leadership anymore.”

This empowers the designers as they feel that their voices are being heard, but a decentralised team is less efficient. It can also create feelings of isolation over time, as the designers aren’t able to share knowledge as they were before.

“There is good and bad in both,” Julie says. “A good compromise, particularly with a large size team, is to have a centralised partnership. It brings the best of both worlds together.”

In a centralised partnership, designers remain reporting into a centralised leadership that has overall responsibility for them. “They keep that consistency by having regular meetings and regular check-in points,” Julie explains. “The leader is responsible for their development and mentoring, so they feel they’re getting good coaching and support. It also means that they’ve got that efficiency to move across different projects.”

Building a design team often starts with one designer, who has to be creative, managerial and hands-on. “This was me, way back in 2000 when I joined Amazon as the first UK designer,” Julie explains.

Julie recommends bringing someone else into the organisation to provide support. The original designer is promoted to Head of Design, with the new designer taking over much of the design work and brand application. This gives frees up more time for the Head of Design to spend on the other aspects of their role.

As the team grows, more specialist roles should be introduced. “You’ll want to bring in a visual designer, with skills in colour, typefaces, interactions, and pulling those together to produce good visual design,” Julie says. “And a good UX designer, who can take care of those workshops with your product owners, wireframing and initial prototyping.”

Julie also recommends bringing in user research at this stage. “However small the team is, I’d encourage you to spend some of the budget on user research,” she says. “They can start developing conversations with customers and understanding what their needs are.”

At the next stage of growth, Julie suggests bringing in someone to be responsible for content strategy. “They can be representative of the voice of the customer,” she explains. “They can start developing that tone of voice and understanding that dialogue with the customer that you need to create.” An additional UX designer and visual designer may also be added to the team.

At this stage, the design team may include around 12 people. “What you might want to think of doing at this point is bringing in team lead roles,” Julie says. “These people will take responsibility for some of those products within the teams. They won’t necessarily be managing those individuals, but they may be capable of doing that in future. They’ll be able to communicate with senior stakeholders, but at the same time, communicate with very junior members in the organisation as well.”

With the team at around 18 people, Julie suggests bringing in other management. “You’ll want to promote some of those design leads into design managers,” she says. “They become people managers and responsible for those individuals.”

Julie also recommends introducing design strategy to the team at this stage. “These are people who would do the upfront discovery,” she explains. “They would probably work very closely with the user researcher, and look at identifying opportunities for future projects that could be developed.”

A design producer can also be brought in to take care of budget planning, day-to-day meeting organisation, onboarding and training.

“I am a believer in bringing specialist skills into an organisation once you get past that small stage,” Julie says.

With a team structure in place, Julie shares a few tips from her hiring process.

“Rather than go through a whole interview process straight away, start by doing a conference call – or if they’re quite local to you, arrange to meet them in a coffee shop for half an hour,” she advises. “Have a chat with them so you understand what they’re looking for in their next move; if they’re aligned with fitting in with your team and the culture in your organisation.”

At the interview stage, Julie always begins with a portfolio review. “I involve the team in that process as well,” she says.

She also sets a design task, asking the interviewees to prepare two or three case studies that demonstrate their entire process for a design, rather than just presenting the finished product. “I’m really keen on seeing their design thinking, their sketches, and the process that they’ve been through,” Julie explains.

When viewing portfolios, Julie looks for good technical ability. “You want to understand the context; you want to see their sketches and artifacts,” she says. “Communication for a design is important. You’ve got to be able to articulate the decisions you’ve made.”

Julie also highlights the importance of diversity in design teams. “I think we all know that diverse teams make for great and successful teams,” she says. “This isn’t just about gender and race; it’s about background, education and experiences as well. At Apple, someone who was visually impaired came up with the idea of fingerprint recognition – if that person hadn’t been in the organisation then we might not have that brilliant functionality today.”

Julie is also an advocate for bringing young talent into an organisation. “These people bring real energy into your organisation,” she says. “There’s no doubt they’re incredibly cost effective as well. I’d encourage you to develop relationships with universities.”

However, Julie believes that simply hiring a talented team is not enough to bring success. “To get the most of the team, you require sensitive management, visionary leadership and well-run operations,” she explains. “A successful design team output is a result not only of its skill, but the sophistication and sensitivity of how it operates.”

“Foundation is about laying the right foundations for your team,” Julie says. She suggests creating a mission statement and deciding on three design principles that all team members are engaged with.

Focused leadership is also important. “You could be a great Creative Director, but you need different skills once you move into design management and leadership,” Julie explains. “It becomes much more about diplomacy, building relationships with other teams, nurturing the individuals in your team and setting processes in place so that you are efficient and delivering value to the organisation.”

Output refers to the quality of work produced and its delivery. “It’s about remembering your customers are on a journey that touches every part of the organisation,” Julie says.

Julie also highlights the importance of delivering work regularly. “We have the luxury, with the way we work today, to be able to test things,” she says. “As a design leader, it’s about being pragmatic about what is right to ship. It’s better to get something out there and learn from it, than not get it out there and be late. You’ve got to deliver.”

The final area is management. “For a high performing design team to thrive, they need a good management structure put in place, with sound practices,” Julie says. “Otherwise they become disillusioned and won’t want to stay with you.”

Julie talks about the culture that has been developed at Saint-Gobain, including flexible working hours and breakout spaces. The design team is encouraged to collaborate regularly with other teams, as well as with customers that are brought into the organisation for workshops.

Continued learning is also a key focus. “I really encourage my team to come to conferences and speaker events,” Julie says. “They could even take an afternoon out to go to an exhibition – come back inspired and share that with others. At least one conference a year is something I’d recommend to everyone.”

Julie believes the effective management of design operations is often underestimated. “This is ensuring the team is well-managed, processes are documented, your budget is on target and looked after regularly, and compliances standards are met,” she says.

Julie also recommends measuring the quality of teams regularly, identifying areas for improvement and having team members score their performance.

“Review and feedback regularly, so you’re running regular design sessions,” she says. “It’s certainly about reviewing work, but it can also be reviewing other websites – it can be talking about a good experience you had as the user somewhere else.”

At Saint-Gobain, the design team conducts a quarterly survey where they ask other parts of the organisations to give feedback on their work and identify areas for improvement.

Check out Julie’s full masterclass at the CMO Conference: